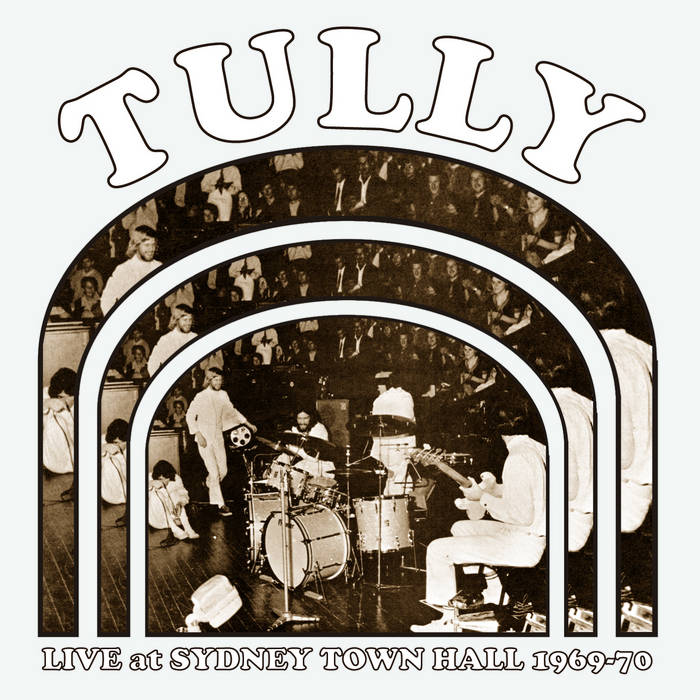 Chapter Music presents two rare live recordings from quintessential Sydney prog group Tully, including their 1970 performance of Australia’s first ever rock opera. These recordings capture the band in their first incarnation, before they joined forces with members of revered folk-psych band Extradition to explore more contemplative territory.
Formed in late 1968, Tully the First were wild, expansive and unpredictable, their live shows now the stuff of legend. Terry Wilson (vocals), Richard Lockwood (reeds), Michael Carlos (organ), John Blake (bass) and Robert Taylor (drums) employed extended improvisation, spacious dynamics and an intuitive intensity, so impressing Australian jazz icon John Sangster that he called them “the best band in the world at the time.”
In mid 69, Tully became the house band for love-rock musical Hair, recording the original cast album later that year. They also starred in a six part live-in-studio series Fusions. which premiered on ABC TV in August 1969. Sights & Sounds Of 69, from a May show of the same name, is the only live Tully recording to have survived the intervening four decades, and documents a typically far-ranging, mind-expanding performance. Ken Firth (later of the Ferrets) replaced John Blake on bass in December 1969.
Perhaps Australia’s greatest living composer, Peter Sculthorpe wrote Love 200 specifically with Tully and vocalist Jeannie Lewis in mind. The work, commemorating Captain Cook’s expedition to map the Transit of Venus in 1769, was dismissed by the stuffy classcial establishment at the time, but Sculthorpe now calls it simply “one of my best works.” Heard here for the first time since the early 70s, Love 200 is an astounding piece, both elegant and jarring, serene and chaotic.
After Tully’s 1970 self-titled debut, Wilson and Taylor left the band, which then assimilated Extradition’s Shayna Stewart and Colin Campbell before releasing two more albums, Sea Of Joy (1971) and Loving Is Hard (1972), both markedly different from their fiery and often thunderous early form.