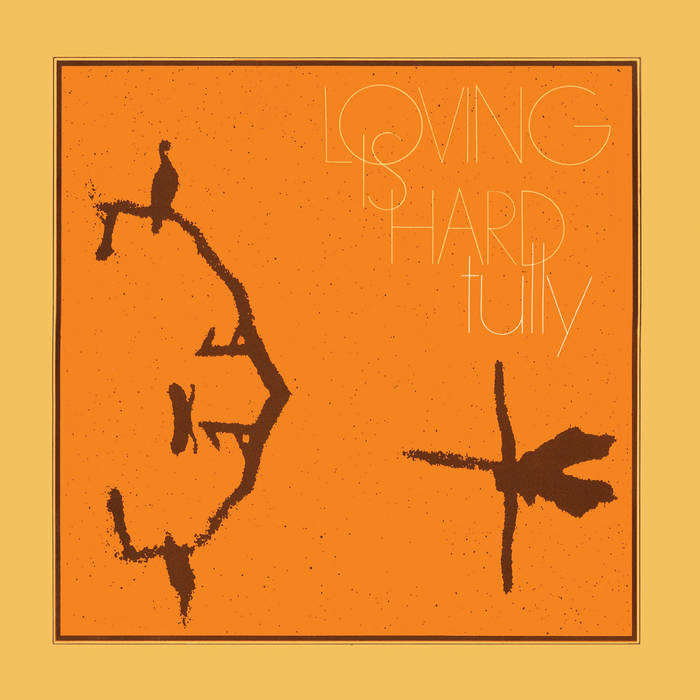 Judy Humphries As a companion to Sea of Joy, Loving is Hard captures the essence of early 1970s Australia. Favorite track: Ice.

Luminous third and final album Loving Is Hard, originally released in 1972, is the latest in Chapter Music’s reissues series by Australian psychedelic icons Tully. This follows the 2010 release of Live At Sydney Town Hall 1969-70, and 2012's reissue of solemn, dreamy 1971 surf soundtrack Sea Of Joy.
Even before they began recording Loving Is Hard in late 1971, Tully had officially broken up. Over the previous twelve months, they had shifted from the towering, organ-driven rock dyamics of their 1970 self-titled debut, to a serene, contemplative folk-psych sound. Show-stopping drummer Robert Taylor and original vocalist Terry Wilson had departed, replaced by guitarist Colin Campbell and singer Shayna Stewart, both of cult folk heroes Extradition.
Although the change created music of stark, unearthly beauty, Tully had been massively popular in Sydney as a rock band, and their spiritually-driven transformation left many fans scratching their heads. Audiences declined steadily, response to the Sea Of Joy soundtrack was muted, and by the end of 1971 they realised they could no longer continue. Still, they had one more album owing on their record contract, and decided to make a final statement before going their separate ways.
Thankfully for us, in hindsight Loving Is Hard is an elegant triumph, all the more affecting for the turmoil that went into its making. The record’s centrepiece is Colin Campbell’s seven-and-a-half minute masterwork Ice, originally recorded by Extradition for their 1971 album Hush, and later covered by Margret Roadknight. Shayna Stewart’s voice is sublimely dispassionate, while the string arrangement by keyboardist Michael Carlos gives the song an imposing grandeur.
Title track Loving Is Hard, with lyrics by Campbell and music by bassist Ken Firth, is a summation of what the band were going through at the time, and for that reason is perhaps the most emotionally resonant track on the record. Stewart’s gentle vibrato matches Carlos’ pulsing Hammond organ, and the resignation in Campbell’s lyrics is reinforced by Firth’s slow, haunting melody.
Saxophone, clarinet and flute player Richard Lockwood, who sadly passed away in 2012, opens the album with the stately Love Can Make You, and sets a poem by fellow Meher Baba devotee Francis Brabazon to solo piano accompaniment. In November, Chapter released In the Doorway Of the Dawn, a 2CD compilation of Lockwood’s revelatory solo work spanning 40 years.
As bonus tracks, the Loving Is Hard reissue appends Tully’s one and only single, the sparse and sombre 1971 release Krishna Came / Lord Baba.
Like Sea Of Joy before it, Loving Is Hard possesses a profound, serene beauty worlds removed from anything else happening in Australia at the time. Along with Tully’s other albums, it has had to wait far too long to be rediscovered. Chapter will complete its reissue series with Tully’s first, self-titled album in mid 2013.