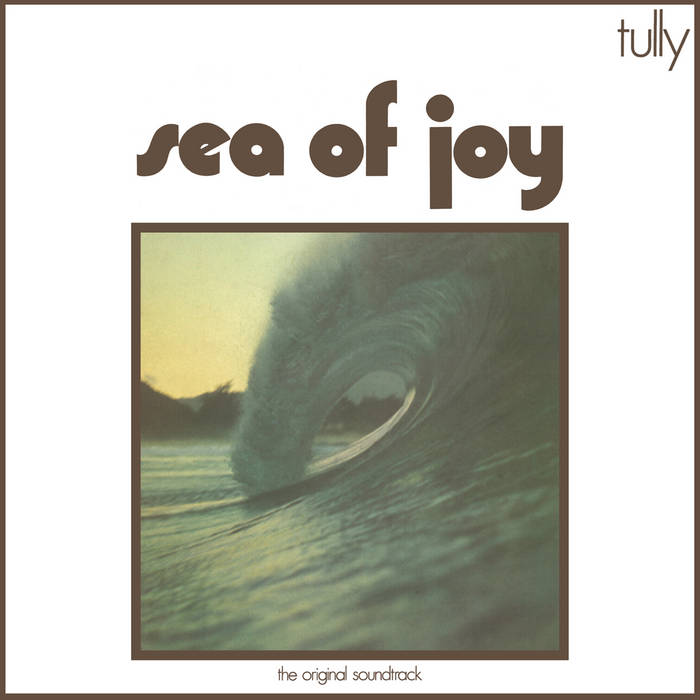 Solemn, dreamlike 1971 surf soundtrack Sea Of Joy documents a period of massive change for Sydney band Tully. For the previous two years, they had been arguably Australia’s most dynamic rock group, renowned for their wild, largely improvised concerts. Their rise was meteoric, from Sydney house band for tribal love-rock musical Hair in 1969, to starring in six-part ABC TV series Fusions and performing Peter Sculthorpe rock opera Love 200 at the Sydney Town Hall. By 1970, when they released their self-titled debut album, Tully were rock stars of a very rare order in Australian music, feted by highbrow critics and teenage groupies alike.
Within a year, however, almost everything changed. Showstopping drummer Robert Taylor departed the band, swiftly followed by vocalist Terry Wilson, and the remainder of Tully joined forces with members of gentle, exploratory folk group Extradition. Suddenly Tully were rockers no longer.
Flautist, clarinetist, saxophonist and de facto band leader Richard Lockwood had approached surfing director Paul Witzig after his now iconic 1969 film Evolution (for which Tully had contributed some music alongside Sydney colleagues Tamam Shud), offering to record an entire soundtrack to his next film. Witzig had agreed when Tully were a towering rock band, driven by Michael Carlos’ massive Hammond organ and Lockwood’s exploratory reeds, but by the time Sea Of Joy came to be recorded, they were a drummer-less, contemplative folk-psych outfit, dedicated to spiritual guru Meher Baba.
Although unexpected, the results were luminous. Sea Of Joy radiates a serene purity, miles removed from what people generally think of as surf music, but as Witzig wrote on the back cover, “Tully are not surfers, but there proved to be many things common to both our worlds: a feeling for peace, beauty, simplicity and freedom.”
New member Colin Campbell contributes I Feel the Sun, also recorded by Extradition for their lone, celebrated album Hush in 1971. The miraculous voice of Shayna Stewart is also heard for the first time in Tully on the Lockwood-penned title track. As an added bonus, a hissy radio interview tape reveals the band’s thoughts on Hair, Sea Of Joy and more, as well as illustrating the true extent of their early 70s reputation.
Humble, disarming and sublime, Sea Of Joy is a record like very few others in the Australian rock canon.